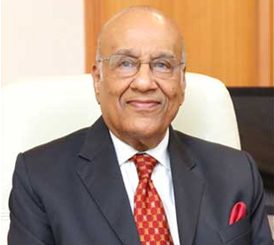 Mr Saroj Kumar Poddar, a leading Indian industrialist of international repute, is Chairman of the Adventz group. The group, with a total turnover in excess of US $3 billion, comprises leading companies in various verticals, constituting key drivers of the Indian economy and was repositioned under the Adventz banner by Mr.Poddar, to leverage its exemplary equity in terms of knowledge, best practices and technical excellence. Under Mr Poddar, the group, has promoted various seminal projects including joint ventures with leading international corporations. The most notable of these ventures are Hettich India Private Ltd- a joint venture with the Hettich Group of Germany, Texmaco UGL Rail Private Ltd - a joint venture with the United Group of Australia and MCA Phosphates Pte Ltd- a joint venture with Mitsubishi Corporation, Japan. Mr. Poddar was also instrumental in promoting Gillette India Ltd., a venture with the renowned 'The Gillette Company,' USA and was its Founder Chairman since 1984, before relinquishing the position in Dec.2013. Mr Poddar is the Chairman of Zuari Global Limited, Zuari Agro Chemicals Limited, Chambal Fertilisers & Chemicals Limited, Paradeep Phosphates Limited, Texmaco Infrastructure & Holdings Limited, Texmaco Rail & Engineering Ltd., and Adventz Investments And Holdings Limited and is also on the Board of Lionel India Limited.


Mr. Poddar has served as President of FICCI and International Chamber of Commerce in India, and has been appointed by Govt of India on the Board of Trade - the highest body on trade - as well as on the Court of the Indian Institute of Science, Bangalore. Mr Poddar has also served as a member of the Board of Governors of the Indian Institute of Technology, Kharagpur for over 10 years and on the local Board of the Reserve Bank of India for a similar period. He was also on the Advisory Board of one of the most reputed investment brokers, Messrs N M Rothschild & Sons (India) Pvt Limited. 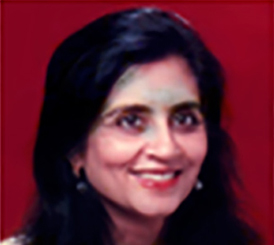 
Mrs. Jyotsna Poddar, a Psychology Honors student from Loreto House, Kolkata, is the Chairperson of Lionel India Limited. She is the wife of Mr. Saroj Kumar Poddar, who is the Chairman of the renowned ''Adventz'' Group of Companies and daughter of Late Dr. K.K.Birla, one of India's Leading Industrialists. A person with wide and diverse interests, Mrs. Poddar has a passion for cricket and runs a trust called Young Cricketer's Organization. This trust promotes young cricketing talent and supports cricketers. Mrs. Poddar has authored a book-Cricketing Memories, the forward for which was written by Sir Don Bradman. In 1987, she was a member of the Reliance World Cup Organizing Committee. Mrs. Poddar is an active social worker and she runs a private trust - Jeevan Jyoti Medical Society, which provides free medical facilities to the economically disadvantaged. Mrs. Poddar is also an active Rotarian. 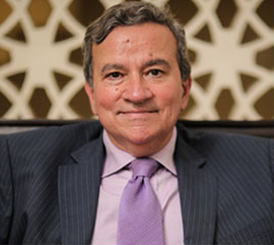 Mr. Marco P.A. Wadia, is a partner in Crawford Bayley & Co., Advocates and Solicitors. He has about 26 years of experience in the legal profession having specialised in corporate matters and mergers and acquisitions. 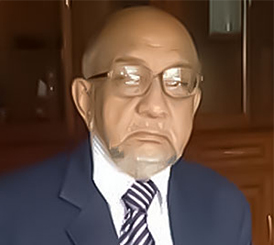 Mr. Dipankar Chatterji is a Chartered Accountant by profession and is a senior partner in L B Jha & Co., Chartered Accountants, who are engaged in Consultancy, Audit and Assurance, or Tax and other Compliance Services. He is on the Board of four nationalised banks, a public sector mutual fund, an associate company of State Bank of India, has been nominated on the boards of various companies by Banks / Financial Institutions. 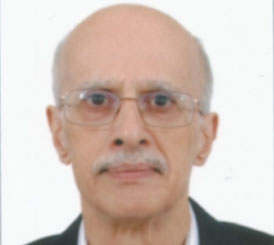 Mr. Vijay Paranjape holds bachelor's degree in Engineering from the Regional College of Engineering, Nagpur. He has over 40 years of experience with project engineering companies and has led several functions including quality, procurement, project controls in addition to operations in Jacobs Engineers India Pvt. Limited (Jacobs).

Mr. Vijay Paranjape was appointed as the Managing Director of Jacobs in the year 2011. Prior to Jacobs he was at Engineers India Limited for around 16 years working in the civil/structural engineering department. 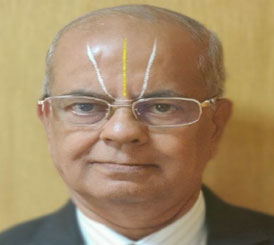 Mr. R S Raghavan, aged about 70 years, is a Chartered Accountant and has over 48 years of experience in vide range of industries such as Fertilisers, Chemicals, Steel, Textile and Electronics. He has been associated with various group entities of Zuari and related companies. 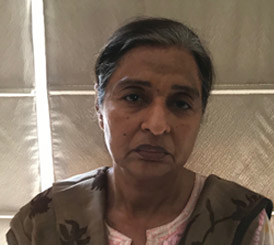 Mrs. Manju Gupta, aged 68 years, is a B.A. (Hons) from Punjab University and specialised in English. She has professional expertise in Business Strategy and General Management. She is a Director of Matangi Rubber Private Limited, a manufacturing industry from June 2005.